Google AMP Project To Support Ads When It Launches In February 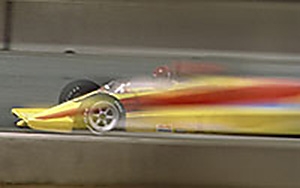 When the Accelerated Mobile Pages Program (AMP) launches on Google search in February, it will include basic functions such as the ability to traffic ads with ad servers of your choice and will provide support for multiple demand sources and formats like native ads as well as control of ad placements, and viewability measurement. It also includes integration with more than 20 advertising technology vendors.

That's the word Monday from Sridhar Ramaswamy, Google's SVP for ads and commerce, from the Interactive Advertising Bureau Leadership Meeting in Palm Desert, California. The view builds on the conference's theme, focusing on where the next $50 billion will come from.

The AMP project focuses on fast-loading pages, so why not fast-loading ads. The top priority near-term will be ensuring that the ad formats, features and measurement publishers rely on work within the AMP framework. Lack of speed has become a major issue on the Web. The slower the Internet runs from sluggish Web sites to slow-loading ads, the more it eats up battery life and the data from smartphone plans.

IAB CEO Randall Rothenberg at the Annual Leadership Meeting Monday told attendees that consumers use ad blocking for fear that advertising could infect their computers or download viruses onto their smartphones, but more than two-thirds of consumers using ad-blocking software say advertising slows their access to the Internet.

During his presentation, Ramaswamy explains how the project will focus on preventing bad experiences. He reminds us of the technology Google created to detect accidental clicks and swipes, and says Google blocks "a significant number" of them daily.
The AMP project will require all ads to use the HTTPS protocol. It should make them as fast as documents designed in the project specs. Ramaswamy says it is the key to unlocking the next $50 billion. It may take time to see complete success, and will require broad industry adoption to make it work.
google, iab, iab mobile, mobile, mobile programmatic, search
Next story loading