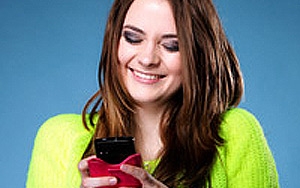 Google and its mobile advertising partners drove 94% of U.S. paid-search clicks from phones in the fourth quarter in 2015, according to Merkle, a performance marketing and advertising agency. The numbers, released Tuesday in a report, may provide foresight into search, display and video ad consumption in 2016.

Google paid-search spending in the U.S. rose 21% year-on-year (YoY) in the fourth quarter of 2015, up from 18% in the third quarter. Accelerating mobile growth drove up clicks 26% YoY, driving down the average cost-per-click (CPC) by 4% YoY. Phone clicks grew 131%, while spending rose 164%.

The average cost per click for a Google search ad click on a phone was 59% less than the average desktop CPC. The report attributes the change to Google's ability to drive more phone traffic from cheaper segments and ads in lower positions.

Google began seeing improvements in mobile during the quarter, and Ballard points to a couple of major factors behind the Mountain View-based company's recent resurgence in growth rate. "Better mobile monetization and increased partner traffic for Product Listing Ads, and there are others out there reporting similar improvement," he says.

Merkle estimates that the combined spending on Microsoft Bing and Yahoo Gemini came in flat for the quarter compared with the year-ago numbers. The percentage fell from more than 30% growth in the first half of the year.

"We know two of Bing's and Yahoo’s biggest drivers of year-over-year growth -- Bing Product Ads and Yahoo becoming the default search provider for Firefox -- are no longer propping up their growth rates as much, but I don’t think that explains everything," Ballard says. "It's happening with the backdrop of Google potentially serving at least some of Yahoo’s search ads in the future."

No surprise here. Mobile drove 52% of Google search ads and clicks in the fourth quarter of 2015, up from 46% in the third quarter of 2015. Merkle's report estimates that on Christmas Day, mobile produced two-thirds of Google clicks -- even as desktop continues to drive a majority of traffic on the Yahoo Gemini platform and Bind Ads. Yahoo Gemini and Bing Ads saw mobile drop from 29% of its third-quarter traffic to 26% of its traffic in the fourth quarter.