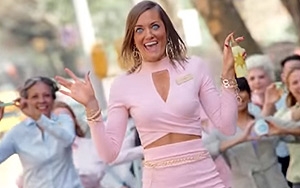 IBM Interactive Experience (IBM iX), one of the largest global digital agencies, announced plans Thursday to acquire Resource/Ammirati for its creative expertise. The company did not disclose the financial terms of the deal, which should close by the end of the quarter.

The nearly 300-person Resource/Ammirati has a focus in consumer products and retail, which remains core for IBM. The team will join forces with IBM iX, bringing the combined team to 10,000, of which about 1,000 are designers.

"When our paths crossed with the Resource/Ammirati team, and we started to talk with them about how the world is transforming through digital, and how customer experiences are the next battleground in modern business, it's almost like we had been on a karmic journey that led us to them," he says. "Now we have found our kindred spirit in this space," he says.

The two teams will not only transform brand experiences, but transform them with the power of iBM Watson, Papas says -- something Resource/Ammirati would not have been able to do before. The potential for that is untapped, and it's only one area the teams will explore together.

IBM Watson’s supercomputer offers the company a firm foundation in data and analytics, but the acquisition of Resource/Ammirati gives IBM the design chops and manpower needed to drive large-scale advertising campaigns.

Papas says IBM iX has about 25 studios worldwide that are either open or about to open. The agency will open in four months in San Francisco, co-locating with the Watson group. "They are open collaborative spaces," he says.

Aside from Resource/Ammirati, IBM has made a string of recent acquisition to bolster its marketing cloud.