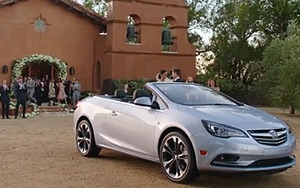 Edmunds released data Sunday during Super Bowl 50 showing how television commercials from automotive manufacturers running prior to and during the game affected searches on its Web site for automakers and their brands. The data analyzed searches on desktop and mobile.

Jeep with 76% and Kia with 203% were the two brands that saw the highest traffic lift on Edmunds.com during the fourth quarter of Super Bowl 50.

Even advertisements that had little to do with the brand but ran during halftime experienced an uptick in searches. Jeep's eclectic Super Bowl 50 advertisement during halftime stitched together striking photographs of famous and ordinary faces with a connection to the Fiat Chrysler brand, pushing up searches on Edmunds.com by 73%.

The TV spots seemed to have staying power. Buick Cascada, Hyundai Genesis, and Audi R8 did not air a TV ad during the second quarter, but searches on the site rose 2716%, 71%, and 912%, respectively.

While Fiat 500x rose 13% during pre-game, Mercedes-Benz GLC-Class at 10% and Chevrolet Volt and Ford F-Series experienced no lift on the site.

The advertised brands during the first quarter with the highest traffic lift on the site were Hyundai with 77% and Buick with 211%.