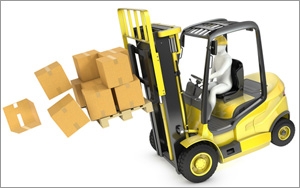 Advertising agency executives say Google's decision to eliminate paid-search advertisements from the right rail of search engine query result pages creates more pressure to create and optimize great images and content, and ties the two together with display, video and other media. Here's why.

Last year, AOL struck a deal with Microsoft, taking over display, mobile and video ad sales across their inventory in the U.S. and eight other markets. Microsoft also agreed to power AOL search. On Monday the Verizon subsidiary announced the next step of that relationship that would bring premium ad formats to Microsoft’s properties starting with MSN.

While this move offers new opportunities for advertisers wanting to connect with consumers on mobile devices through data-driven, interactive display formats, it also proves the need to dot the line from display to search to content.

Although this may seem strange, think about it for a moment. Display ads rely heavily on content. The news highlights the importance of cross-channel campaigns. Yes, two separate search engines, but the premise behind cross-channel campaigns supports search advertising and cross-device targeting with content and display.

Several agency executives commenting on Google's decision to eliminate right-rail text-based search ads say that if organic content is unable to change as quickly as demand, there will be a stronger need for paid-search ads to accompany content -- even content in display ads, which in a dotted line connects display to content to search.

AOL says the expansion on MSN includes ad formats such as Halo, Devil, Billboard, Loft, and Devil Full-Page Flex. They are available on MSN sites in the U.S., Canada, Japan and Spain, and will be available in the U.K., France, Germany, Italy, and Brazil in March. AOL’s linear video premium formats will also be available in these markets later in the first quarter of 2016.

Just food for thought and a precursor to some of the sessions at the MediaPost Search Insider Summit May 4 through 7 in Key West.