The Myth About Clicks, Mobile And Desktop 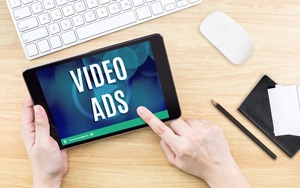 Advertisers looking for consumers to make a purchase, visit their stores or other real world business objectives continue to waste advertising dollars when relying solely on clicks, according to a white paper released Tuesday.

After analyzing real-world campaigns run through Eyereturn Marketing's demand-side platform (DSP), the company saw that many advertisers still measure the success of campaigns by the number of clicks. In the white paper, "The Truth About Clicks," Eyereturn estimates the majority of digital display advertising dollars are allocated based exclusively on click-through rates (CTR) or cost per click (CPC).

Too many clicks are accidental or unintentional. Google even made a change in 2015 in which users could click on pre-roll ad placements within YouTube. Before the change, if a user clicked anywhere on the video ad during play, they would be redirected to the advertiser's site.

After the change, the only way a user could click through to the advertiser's site was by finding and clicking on a link at the bottom of the video. The change required advertisers to evaluate YouTube videos differently than others.

Following the change, CTRs fell dramatically -- 1 million impressions less, resulting in an average of 7,700 fewer clicks. The findings assume that some of the users who once clicked couldn’t see the link, suggesting that a lot of those clicks were accidental, and once the opportunity to accidentally click was vastly reduced, the number of accidental clicks were also reduced.

These results are intended to prompt advertisers that rely on clicks as a measure of success to question how much campaign success those clicks actually represent.

The white paper also suggests that text ads -- sometimes native advertisements -- that surround slideshows are designed to trick the user into clicking on the arrows in the hope they will go to the next slide. Users click on the ad instead, and the advertiser receives what they think is a valuable click. The publisher and ad vendor are rewarded with spend from that advertiser.

Not all clicks from search engines or publisher sites drive engaged traffic.

Based on the data generated by more than 100 campaigns that drive users to brand sites with more than 10 pages tagged with post-click and view-through tracking tags, the users that click on ads actually visit fewer pages, 3 on average, compared with users who arrive at the site through some other method who visit 8.45 pages on the site, according to the white paper.

As the time spent on mobile devices continues to grow, the white paper suggests that optimizing to clicks on mobile is a mistake for several reasons. CTRs increase with the smaller screen size of the device because it’s easier for a user to unintentionally click on an ad while trying to navigate a tiny screen with their finger. This is the well-documented “Fat Finger Effect."

Clicks on mobile ads are notorious for not reaching the redirect URLs that are the intended destination. This usually happens because users who click on an ad unintentionally will stop the redirect before it happens, or because of network latency -- where users stop a redirect because of the time it takes to redirect the browser as well as the time involved for the destination page to load.

The research suggests that advertisers need to break free from "click addition" and offers these tips. Take stock of historical, current and future campaigns. Map out the data available through your ad server, DSP, or DMP to see the clicks alone are not directly driving business objectives.

Advertisers should identify relevant KPIs that do drive business objectives, and investigate how these can be substituted for ad clicks as the metric that client looks at first. Create experiments by dividing campaign optimization between click-based vs business objective KPIs, but measure both against real business KPIs.