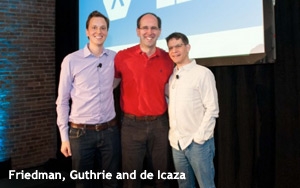 The financial terms of the deal have not been disclosed.

With the acquisition, the tech giant is promising deeper integration and better mobile app development services.

Among other moves, the company recently dropped $250 million on keyboard app maker SwiftKey. With the deal, Microsoft was apparently after SwiftKey’s artificial intelligence assets -- which supported the recent launch of an Android keyboard that uses a neural network in place of standard algorithms to predict one’s word selection.

Late last year, Microsoft bought Talko, a Boston-based startup that specializes in helping groups of people -- in business, family or other settings -- collaborate using their smartphones.