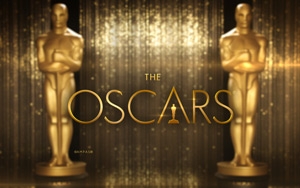 The 88th annual Academy Awards takes place this Sunday in Hollywood, but data analytics firm Hitwise -- a division of Connexity -- and Microsoft Bing Predicts think they can use search and technology to forecast the outcome. The predictions, based on searches, differs from Variety's forecast.

The data comes from 662,000 individuals searching for “Academy Award nomination” or “Oscar nomination” within the past 12 weeks, according to Hitwise.

Data from Hitwise AudienceView audience segmentation and behavioral analytics platform projects these demographics and trends among searchers, such as: 52% are men, most likely between the ages of 35 and 44, who are 38% more likely liberal, and 27% less likely are black. They are also 22% more likely to have a household income greater than 100,000, 36% more likely to have graduated college, and are 33% more likely to say that they notice brand-name products in movies.

Last year, Microsoft Bing's prediction engine correctly forecast 20 out of 24 Oscar winners. Similar to Hitwise, Bing also predicts "The Revenant" to win for best picture this year, with a 37% chance.

Variety, which makes its own annual predictions, believes The Big Short will score the most coveted award in Hollywood, Best Picture. If this prediction comes true, it will become the first time since 1952 that a film wins Best Picture without taking home any other awards.