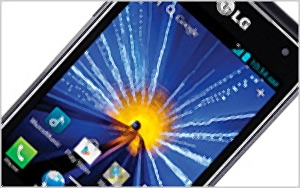 The ability to stream video through Facebook Live, the social platform’s live video-streaming service, will be extended to Android phones in the U.S., the company announced today.

The service will also be made available in about 30 more countries, but only on iOS.

The service was originally only earmarked for use by celebrities and those with verified accounts, but was soon expanded to all iOS users in the U.S.

Facebook CEO Mark Zuckerberg announced the rollout in Berlin. During a Q&A, he was asked what he would do if he were the CEO of Twitter.

One of those parallels was Facebook’s Live service and Twitter’s Periscope live-streaming app.

“‘Live’ is going to be an awesome thing for public figures… Imagine your favorite public figure or politician having the power to broadcast from their pocket, go live -- have an audience of thousands of people,” Zuckerberg told his audience.

“There’s a lot more that needs to be done to give people the ability to connect with the people and figures they’re interested in. I think you’re going to see a lot of that on Instagram and Facebook, and if the Twitter folks do a good job, I think you’ll see a lot more of that on Twitter, too.”