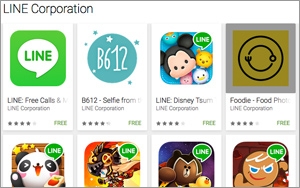 Line Corp, a messaging app operator and Japanese subsidiary of South Korea’s Naver Corp, plans an initial public offering (IPO) that could reach up to $3 billion in New York and Tokyo.

Some reports have the date of the offering happening before the end of summer. Otheres suggest that Naver will delay the IPO to the second half of the year, due to market uncertainty and questions about Line’s ability to grow outside of its core markets.

Line has about 215 monthly active users, with most of its market currently residing in Japan, Indonesia, Taiwan and Thailand.

About 40% of the Japanese population uses Line. But the company has struggled to get traction in North America and Europe.

Morgan Stanley, Goldman Sachs, JPMorgan and Nomura are all working on the deal, IRF reports.

Naver previously planned to publicly list Line last summer, but delayed after weaker than expected earnings and volatile market conditions. Line reported $286 million in revenue in Q4, a 26% year-on-year increase, according to a company announcement.

In addition to operating a messaging app, Line Corp has also branched into music streaming, mobile payments, and online TV, among other projects.

As an app, it appears to operate similarly to messaging services like Whatsapp, Facebook Messager and Kik, with free texting, but also offers voice and video calls, and sticker packs for purchase.