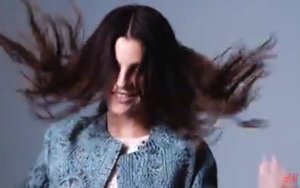 Despite a tough quarter, H&M is continuing its expansion and says it plans to roll out its e-commerce offerings to reach a total of 34 countries by the end of the year. And amid 425 new stores planned, its 4,000th is scheduled to open in April.

The Swedish cheap-chic retailer says its first-quarter sales for the quarter rose 9% in local currencies, but sales in March gained just 2%, below analyst predictions. And profits declined, pressured by the strong U.S. dollar.

But it says e-commerce sales were strong. It brought seven new markets on board: Croatia, Estonia, Ireland, Latvia, Lithuania, Luxembourg and Slovenia. Japan, Greece, Canada and South Korea are up next.

While most of its new stores will be in countries where it already has a presence, it says it will also enter three that are brand new to it, New Zealand, Cyprus and Puerto Rico.

“Our strong expansion continues,” says CEO Karl-Johan Persson in its earnings release. “We are gaining market share and we are confident that we can grow at a fast pace both through stores and online, in existing as well as in new markets.”

The company is also set to introduce its latest H&M Conscious Exclusive collection, online and in about 180 stores. This year’s line, which showcases glamorous red carpet-ready dresses made from sustainable fabrics, is presented by Parisian style maven Julia Restoin Roitfeld. And for the first time, the collection includes wedding dresses.

As part of the launch, H&M is introducing World Recycle Week campaign, which aims to coax customers into donating used clothes to “close the loop” in the fashion industry. Its goal is to collect 1,000 tons of used clothing in a single week. H&M maintains the bins all year long, but consumers who donate beginning April 18 get a 30% off coupon.