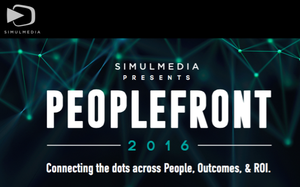 Held at the Paley Center, the pre-upfront forum included four panels: one exploring the Wall Street perspective on media and marketing; one looking at ad research; one on measurement; and one on media selling.

Below are some highlights from the event.

The Myth Around Cord-Cutting

Steve Hasker, president and COO of Nielsen, said the total video pie is growing, and contrary to what people think, the number of people who watch TV any given week hasn't changed.

"There's a myth that there's a vast amount of people who never watch TV," Hasker said. But with live sports and live events on TV, it's still a very valuable place for advertisers to consider, he added.

Arlene Manos, president-national ad sales, AMC, said shows on her network, which include heavy-hitters like "The Walking Dead" and "Breaking Bad," are bringing in a lot of Millennials, and AMC knows a lot about them. Still, AMC is being cautious with its data, she said, because the network has to be sure that it's not pretending to be something it isn't.

"We can't be everything to everybody," she said, adding that AMC's audience data has mostly been used internally.

What Will Change This Year, And How Fast?

Zimbalist asked panelists on the Wall Street panel what's coming up on the horizon that could affect markets.

Brian Wieser, senior analyst at Pivotal Research Group, said that when the iPhone came out in 2007, he was was skeptical about the change it could bring. Now, he said, a tech company could change something and make an impact. But short of a big disruption, change will be evolutionary.