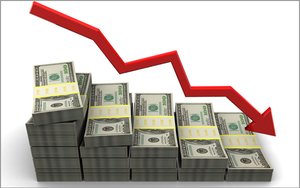 While 2015 may have been a blowout year for mergers and acquisitions (M&A), that momentum may be lost in 2016, according to M&A intelligence firm Mergermarket.

A number of huge deals fueled the massive growth that the technology, media and telecommunications (TMT) sector saw last year, but so far, no such deals have been struck in 2016.

Media was the only subsector that grew, with 117 deals valued at $20.4 billion.

The U.S. still dominates the TMT sector for M&A, but the lack of big-ticket deals has kept the overall value of the market down. Other regions are experiencing economic slowdown or political uncertainties that have affected their respective markets.

In contrast to its earlier predictions of continued growth from last year, Mergermarket expects that there will be fewer M&A deals this year as tech and industrial companies opt for developmental partnerships and aim for vertical integration.