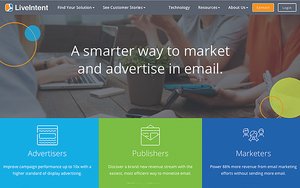 LiveIntent, a programmatic email platform, announced a partnership with demand-side platform (DSP) The Trade Desk today. Buyers will now be able to access LiveIntent’s inventory from the Trade Desk platform.

LiveIntent’s strength is built on its ability to ID users through emails across platforms, as email is now the de facto means of identification on the Internet.

Programmatic spending is on track to surpass $22 billion this year, a 40% increase over last year, according to eMarketer.

The Trade Desk is partnered with a number of heavy-hitters in the industry, including Dentsu Aegis Network, IPG, MDC Partners, Omnicom, Publicis Groupe, and WPP.

Kelly says that the partnership enables the promise of programmatic to finally be something more than theory.

“We’ve been waiting so long for the pipes to be working the way that they do right now. It’s amazing that we’ve arrived at this point at scale, and it’s available in email in a completely programmatic and ID-driven manner,” says Kelly.