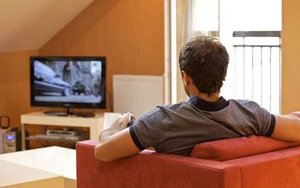 Twentieth First Century Fox, Scripps Networks Interactive, Time Warner and Viacom witnessed slight overall declines to their networks in March versus the same month a year ago, according to Brian Wieser, senior research analyst at the Pivotal Research Group.

Fox was down to 9.6 minutes per hour from 9.7 minutes per hour. Fox's broadcast network ratings were down -- with cable channels FX and FXX showing stable viewership, says Wieser. Fox News nearly doubled its viewership, due to heightened interest this political season.

Time Warner was down to 9.1 from 9.3 minutes per hour -- with ratings and ad loads at TBS down. Stable ratings were found at TNT and truTV with ad loads falling. CNN -- witnessing higher viewership from political interest -- had more commercial activity per hour.

Recently, both Viacom and Turner executives expressed a desire to cut back on advertising on some of its networks.