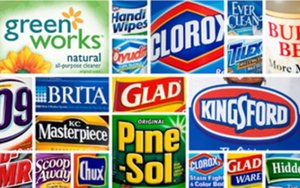 Omnicom Group’s DDB and longtime client Clorox are parting ways after a review. Assuming the bulk of creative chores on the account are two agencies: Interpublic's FCB and Dentsu's mcgarrybowen. DDB has been the marketer’s agency for two decades.

The company spent $523 million on advertising in fiscal 2015, according to its annual report.

Clorox began an agency review late last year, which was completed late Tuesday with confirmation from the marketer of its newly appointed agencies. Word of the split with DDB broke earlier in the day and initially Clorox said the review was still ongoing. But later in the day FCB and mcgarrybowen were confirmed as the big winners in the review.

The official announcement on the new agency assignments from the client is due to be released Wednesday morning.

Wendy Clark, CEO of DDB North America, issued this statement: "We are immensely proud of the work we have created together with Clorox. Market share, sales and stock performance are all up, and advertising is at the core of driving growth of their brands. We wish Clorox the very best in their endeavors and are proud to have made an indelible mark on a company known for removing them."

Word of the split follows confirmation earlier this week that McDonald’s is conducting a creative review. That account is split between DDB and Publicis Groupe’s Leo Burnett.

Media, not part of the review process, is handled by DDB sibling OMD.