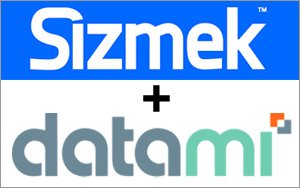 The plans will allow mobile users on prepaid data plans access to mobile video content they wouldn’t normally be able to consume.

The first campaigns will run in Brazil, but there are plans to expand to additional markets this year.

So what does this look like to the consumer?

“This will depend on what campaign the advertiser is trying to run,” says Jaime Singson, director of product marketing at Sizmek. “The advertiser can choose to only pay for the data related to the sponsored ad. Or they may have an incentivized campaigns, the advertiser may choose to, for example, reward the user with an additional X megabytes of data to watch the featured content video.”

Most users on prepaid data plans run out of data before the end of the month, making it harder for brands to keep those users engaged. The other horn of the problem is the proliferation of ad blockers, says David Nowicki CMO and head of products at Datami.

“The consumer doesn’t have to pay and can surf like they are on Wi-Fi. The brand pays for the data but gets increased engagement and the operator benefits from greater data usage overall,” Nowicki says.

Any brand can become a data sponsor, but only those users whose devices operate on partner networks can take advantage of the offer.

“Ultimately, there is no reason why every ad should not be toll-free. The increased engagement levels for brands far outweigh the cost of data… Early market trials have shown a 7.1 to 9.5 times increase in the level of engagement (click-through rate) for video ads,” says Nowicki.