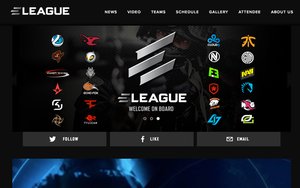 All three brands have signed on first and second season of the show, set to launch Tuesday, May 24 on digital platforms. The show will have a Friday night showcase on TBS airing May 27 at 10 p.m. ET. Other partners are expected to be announced soon.

Financial details of the sponsorships were not disclosed.

Brand campaigns for these partners will include sponsor integration within the AdTrack feature, which offers uninterrupted game coverage. Turner says this includes custom, contextual brand integrations and ad space within limited commercial time.

Rob Lynch, chief marketing officer/brand president of Arby’s, stated: “We’ve learned through connecting with our guests in social media that gaming resonates with them. “

The “ELEAGUE” competition will consist of a total of 24 teams during its first season, spanning 10 weeks. It will include a six-week regular season and culminating with the playoffs and global championship to be held Saturday, July 30.