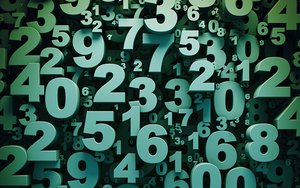 Search marketers will undoubtedly have another piece of data to use in search advertising and optimization campaigns after Google introduces its voice-activated home device Wednesday and consumers begin adopting the hardware.

Named Google Home, one report suggests the virtual agent (or assistant, whichever you wish to call it) answers simple questions and carries out basic tasks. Expect Google to announce the device at its annual developers' conference, I/O.

Google Home will compete directly with Amazon Echo, which already has its own developers' network a growing list of third-party apps that teach kids manners and can hail a car from Uber.

While we are fascinated with the ability of virtual agents like Amazon Echo to carry out verbal requests to order and ship products to us, we have seemingly forgotten the creepiness factor. Do you remember when Microsoft released Kinect, the Xbox add-on that allows gamers to move the controller with a wave of a hand and motion sensors? At the time, reports suggested the always-on Kinect watched every move within range of sensors and cameras, recording daily activities.

Echo and Home give new meaning to the term "always on." When left on, Echo has the ability to digitally map out behavioral patterns through sounds. Google will surely add Home to a growing list of devices -- smart thermostats, televisions, smartphones and tablets -- linked within households to support cross-device ad targeting for search, video and display advertising campaigns. It also undoubtedly use the data to make recommendations and set reminders for Google Now, the company's personal assistant on smartphones.

Home can be viewed as the hub between cloud services and physical devices such as smartphones and smart thermostats like Nest, which Google owns. This hub will provide another source of data collection, and it will do this in a "micro moment" because surrounded by the comforts of home, consumers relax and become increasingly spontaneous and candid.

What makes Home different from other virtual agents like Echo? The possibilities are endless. A sensor in the refrigerator shelf that measures weight identifies a nearly empty carton of milk, which sends a signal to the Android operating system running the refrigerator. It transmits a wireless signal to Home that sends an alert to Mary's mobile phone suggesting that she pick up a quart of milk on her way home. In another hypothetical example, Home might send an alert to one of Google's home grocery delivery partners to drop off the milk when Mary gets home from work at 5.

Google has long-standing experience automating technology and connecting data channels on the back end where consumers don't see the physical or digital wires and footprints, yet feel the resolutions and results.