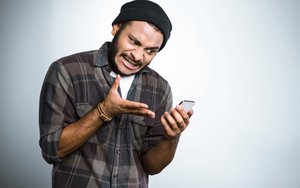 The wireless industry is delivering a mediocre — at best — customer experience, but at least that’s better than TV service and Internet providers, which are the worst.

According to Temkin Group’s annual experience rankings of companies and industries, the wireless telecommunications industry ranked 10th out of 20 industries measured, while the TV and Internet services sector tied with health-care providers for the lowest average scores.

While the wireless industry’s scores declined an average of 3% overall, that drop was the smallest drop among all the industries measured. “While the ratings for the wireless industry declined this year, it was the most resilient industry,” Bruce Temkin, Temkin Group’s managing partner, tells Marketing Daily.

Among the wireless companies, the three with the highest rankings were Metro PCS, Virgin Mobile and TracFone, all of which earned scores of 63% (and tied for 125th out of the total 294 companies ranked) It’s notable, Temkin says, that all three are non-contract wireless providers.

“I don't think it’s an accident,” Temkin says. “The dynamics of the business model force more customer-centric behaviors. When you aren’t reliant on a contract to ‘hold’ customers, you're forced to better understand and cater to customers’ needs. So customer experience is a more important weapon for those firms.”

The same thinking holds when considering the top-scoring industries: supermarkets, fast-food chains and retail, Temkin says. “Customers are free to make a different decision on every transaction,” he says. “So the dynamics require those firms to earn loyalty with good customer experience.”

"Internet and TV service providers are awful to consumers,” Temkin says. “The lack of competition continues to fuel this bad experience epidemic.”

Comcast ranked last in both TV and Internet service categories, with an overall score of 37%. It ranked 289th out of the total 294 categories evaluated. DirecTV ranked highest among TV providers (57%, or 182nd overall), while AOL was the highest Internet provider (55%, 199th overall).

The Temkin Experience Ratings are derived from a survey of 10,000 U.S. consumers to evaluate their recent experiences with a company across three areas: success (can you do what you want to do?), effort (how easy is it to work with the company?) and emotion (how do you feel about the interaction?). Those scores are averaged to generate the overall rating.