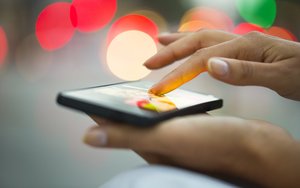 The data is from a PageFair and Priori Data report.

The number of users with ad blockers was only 200 million when PageFair released their report in August 2015, which means that mobile ad blocking has doubled in less than a year the world over.

Much of that growth has been driven by emerging markets, which tend to be mobile-first/only in their approach to content consumption. Mobile users that do use ad blocking browsers tend to see significant data savings, which may account for their growing usage.

While the trend isn’t as pronounced in Europe and North America, the numbers are steadily increasing. There are 14 million monthly active users of mobile ad blocking browsers in both regions as of March this year.

The report indicates that while the market for ad blockers in the West isn’t as big as that of the emerging markets (particularly Asia-Pacific), there is enough of an appetite for desktop ad blockers that those users could easily shift to mobile.

Blockers are not just able to stop ads on the mobile Web, but in-app ads as well. Some in-app ad blockers operate solely on WiFi connections, while others work directly through a virtual private network, which blocks ads even when the device only has a cellular connection.

As the next billion Internet users will likely be mostly mobile users in developing countries, ad blockers will still be a major force facing publishers and advertisers.