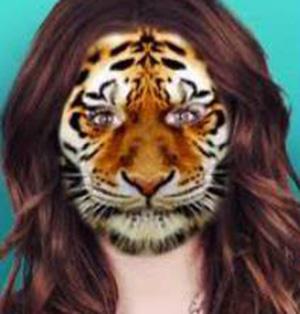 Switch -- created by Kanvas, the photo-editing service for teens,  -- allows users to overlay images on their face with a variety of content such as 3D avatars, masks and 3D content.

The Switch technology was acquired two months ago.

Vic Singh, CEO at Kanvas, said the goal is to increase features in the platform for content creators and advertisers.

"The next obvious step is to bring something new to face detection, because most of the content young people create is in selfie-mode," he said.

The entire graphics engine from the ground up is built in Metal from and is currently exclusive to iOS.

Singh said Kanvas engineers initially looked at building facial tracking in-house, but to do this really well "you need a team that understands the nuances."

The main product remains Kanvas, but the company plans to build out other features, such as the ability to search for any graphic and apply it to the image created from the photo and overlay. The features will be focused on content creators.