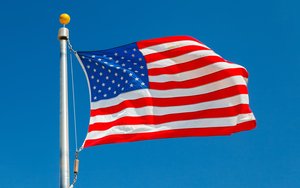 The two companies partnered to analyze almost 18,000 email campaigns sent through the Yes Lifecycle Marketing platform during the 15 days prior to the Fourth of July in 2013, 2014 and 2015. Persado’s Cognitive Content Platform then ranked every email subject line by emotion and response rate.

In addition to holiday-themed content, emotion also correlated with a decline in email engagement according to the study. About half of all email newsletters sent for July 4th over the past three years attempted to convey at least one type of emotion, such as pride or excitement.

Subject lines portraying emotion resulted in a slight drop in email open rates compared to emails that did not contain any type of emotion, from 9.57% to 9.25%. The emotions encouragement, exclusivity and fascination performed the best, while curiosity, excitement and gratification saw the lowest email open rates.

Although engagement rates are dropping, the volume of Independence Day-themed email campaigns is paradoxically growing. Email volume during the study’s period jumped 36.36% from 2013 to 2014 and 12% from 2014 to 2015, according to Persado and Yes Lifecycle Marketing.

This will likely spell even more issues for email marketers as competition heats up over a consumer’s inbox.