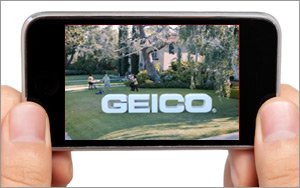 The guidelines represent the last step in “defining impressions,” according to George Ivie, CEO and executive director of the MRC.

The parameters for measuring viewable impressions in mobile web and mobile in-app environments are similar to those in desktop environments, according to the MRC’s final guidelines.

Yet, mobile advertising executives were not entirely pleased with the MRC’s work on Tuesday.

“The desire to build off of known and existing desktop strategies is a mistake and would be a major setback for brands,” Galia Reichenstein, COO at mobile ad platform Taptica, told Mobile Marketing Daily via email. “Advertisers should not view mobile as an extension of their desktop campaigns.”

“Instead, considering the transparency and data points that mobile offers, these advertisers should be focusing much more on performance metrics to vet quality,” Reichenstein added.

Regardless, the next step for the MRC will be to develop audience measurement metrics, based on viewable impressions that have been filtered for fraudulent and other invalid traffic, as well as measures of an ad’s effectiveness.

It was observed within the data analysis that occurred as part of the Mobile Viewable Impression project that ads often take significantly longer to render to a mobile device than is the case with most desktop environments. As a result, the new guidelines stipulate that mobile ads must fully render before viewability measurement begins.

Additionally, the guidelines include a new provision for reporting “Sub-Second Impressions,” which is specific to display ads in newsfeed environments.

Although MRC concluded that there was insufficient evidence to apply different viewability thresholds for ads appearing in mobile newsfeeds, it recognized the possibility in certain cases for the opportunity-to-see to be established more rapidly in these environments.

The guidelines therefore allow for separate reporting of a metric titled “Sub-Second Impressions,” which are mobile (display only) ad impressions that appear in a newsfeed where 50% or more of the ad’s pixels are in continuous view for more than 0.5 seconds, but less than the one second (post-render) minimum threshold for a viewable impression.

Yet, the segregated reporting of Sub-Second Impressions can facilitate buy/sell parties’ abilities to recognize any value they may choose to assign to these impressions, while also recognizing they do not meet the requirements to qualify as viewable impressions.