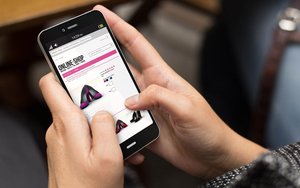 The date, announced Thursday, gives loyal Prime members who pay a yearly membership fee access to discounts across the marketplace. For Amazon, it gives it another shot at gaining more loyal customers. Prime has 54 million U.S. members.

Some 55% of shoppers who start their purchase journey on Amazon cite the presence of a large volume of reviews as a key factor for doing so, according to a study from PowerReviews, which surveyed more than 1,000 U.S. consumers.

Nearly 99% of those shoppers consult reviews on Amazon, confirming that ratings and reviews have become an expected part of the purchase process.

While 35% of shoppers choose to begin their purchase journey at a search engine and 52% click through to Google Shopping results. The study also found that after conducting a search, shoppers go to a retail site or Amazon in equal numbers, about 41%.

Amazon also set up a tips and tricks page, along with tools to help shoppers search for and track deals, to help shoppers purchase from the more than 10,000 available items. The concept follows in the footsteps of China's Alibaba, which created its shopping experience -- Singles Day -- six years ago.