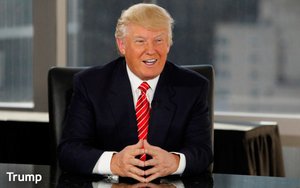 Get Our Jobs Back Inc., a Super PAC supporting Donald Trump's presidential candidacy, announced that it would increase its digital marketing ad spend to millions of emails per week ahead of the 2016 election.

The Super PAC is led by Steven Hoffenberg, the chairman of financial services company Towersinverstors.com and CEO and publisher of Christian faith-based online publication PostPublishing.Buzz.

In 1995, Hoffenberg pleaded guilty to a Ponzi scheme that defrauded investors of $475 million.

The Trump Super PAC plans to spend $50 million in digital marketing campaigns from now until Election Day on November 4. As evident by the name, Get Our Jobs Back Inc. claims that the U.S. job market has suffered at the hands of the Obama administration and that Donald Trump would provide more job opportunities to Americans as president.