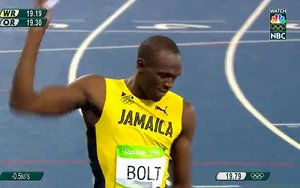 In the last two weeks, NBC’s Rio Olympics has garnered nearly half of the total national TV revenue of many top ad categories.

Insurance companies have spent $78.4 million on the Olympics -- 40.5% of their average total national TV spend during the two-week period of $193.8 million. GEICO is the top insurance marketer at $35.5 million.

Movie companies are investing, on average, 48% of their total national TV spending on the Rio Olympics -- $69.8 million out of $145.5 million. Universal Pictures has spent $16 million during the Olympics.

Banks/credit cards are at 67% -- with $51 million going into the Rio Games out of $76.1 million in total national TV spending for the two-week period. Visa is the top Olympic marketer in this category at $26.4 million.

Wireless phone services are at the lower end in share among all ad categories when it comes to the Rio Olympic versus all national TV -- 35% -- $45.8 million out of $129.2 million. T-Mobile is the top wireless marketer at $19.7 million.

The Restaurants/Quick Service category had 32% of its national TV dollars going to the Rio Games -- $42.9 million versus $134 million. McDonald's has spent $19.6 million in the Olympics so far.

For electronic/communication devices, Samsung Mobile has dominated the category with $32.9 million versus $33.0 million overall for the Olympics. Apple’s iPhone is well behind, spending $1.1 million in the Olympics.

The category represents 67% of national TV spending during the period on the Olympics -- $33. million out of $49.4 million.