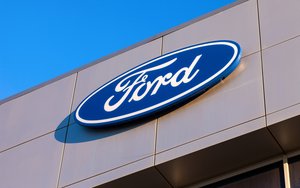 Organic search contributes about 43.6% of Web traffic to the overall automotive industry, but Ford Motor Co. managed to increase its Web site traffic referrals on desktop from paid search between January and July by 880%, according to data released Thursday.

Paid search has become an important traffic source for Ford. In July, paid search accounted for 10.2% of ford.com’s total U.S. desktop traffic, according to Similarweb, which looks at the increase in traffic from paid search from five sites: Kelley Blue Book, CarGurus, Ford, Edmunds, and Honda.

Paid search is not the most effective way for automotive-related companies to drive traffic to Web sites. Paid-search traffic only contributes about 6.5%. About 30% comes from individuals opening a browser and typing in the URL, while 14.4% are from referrals; 2.3%, social media; 1.9% from email; and a mere 1.7% from display ads.

The Kelley Blue Book (kbb.com), the automotive appraisal guide, saw a 161% increase in paid-search traffic from January to July 2016. It saw 149.5 million visits on desktop and the mobile Web, averaging more than 21 million visits a month.

During this time about 56% of kbb.com's desktop traffic came via search and 12% of its search traffic was from several paid-search campaigns.

Similarweb estimates CarGurus has seen massive growth from paid search. Cargurus.com saw 238 million U.S. visits between January and July 2016, with peak traffic coming in March, about 38.1 million visits. By July 2016, paid-search visits accounted for 6.2% of Web traffic, about 682,000 visits for the month.

The research shows “Honda odyssey 2017” was one of Edmund’s most expensive keyword and in July, reaching 71% of the U.S. desktop traffic from this term, beating out many local car dealer sites.