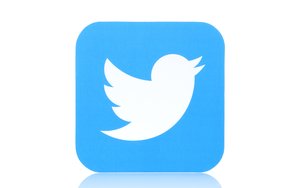 That seems to be the reasoning behind the social giant’s decision to launch a new Twitter app for Apple TV, Amazon Fire TV, and Microsoft's Xbox One.

The free app features all of the live-streaming video that Twitter has recently been adding to its network. Additional offerings will include popular and trending Tweets, Vines, and Periscopes.

Consumers don’t need a Twitter account to view any of the app's offerings -- a move that is obviously designed to encourage greater engagement.

For Twitter, the new app is part of a bigger video strategy to reinvigorate its relationship with users and brand marketers.

Just this week, Twitter partnered with news startup Cheddar to live stream content. This summer, Twitter launched a live-video stream of ESPN’s Wimbledon coverage and reached a deal to live-stream several Bloomberg TV shows, including "Bloomberg West," "What’d You Miss?" and "With All Due Respect."

Earlier in the year, Twitter won the digital rights to NFL games on Thursday Night. Per the deal, Twitter gets to stream 10 Thursday Night football games while they are simultaneously shown on NBC, CBS and the NFL.

The National Basketball League also recently announced plans to double the number of game highlights it posts to Twitter, Periscope, and Vine. Of note, the highlights include ads -- the revenue from which the NBA and Twitter will share.

Otherwise, advertising has been scarce on Twitter’s Live video page -- but analysts say that is sure to change. “We expect direct monetization to follow,” Nitesh Patel, a director at Strategy Analytics, noted in a recent report.

Despite the promise of live video, Twitter continues to struggle.

Worse yet, eMarketer recently released a forecast suggesting that Snapchat will overtake Twitter in terms of domestic users, before the end of the year.