What Does The Shift Toward Mobile Apps Mean For Holiday Search Commerce? 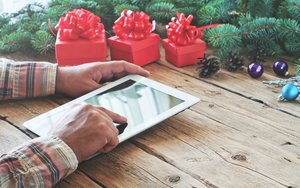 Mobile apps close far more deals than other online shopping services and convert three times more shoppers than the mobile Web, according to a recent report. Consumer behavior is forcing this shift, which could have search marketers rethinking paid search and shopping campaigns this holiday season.

For the first time, mobile apps saw higher order values than desktop and mobile Web, with an average of $127 spent in-app versus $100 on desktop and $91 on the mobile Web, according to Criteo's State of Mobile Commerce report.

One reason for this, per Criteo, is that apps are better at identifying user value, anticipating individual consumer needs, and allowing consumers to search for specific items within categories. The report also suggests that retailers make the shopping cart a "save" feature to allow users to close the browser and come back later.

eMarketer estimates that U.S. adults will spend 1 hour and 54 minutes daily using apps on their smartphones -- up 7 minutes compared with 2015. They will surf the mobile Web on their phones for 19 minutes a day -- down 2 minutes from last year.

Last year Google Shopping outpaced paid search and mobile ads, but this year apps might have the edge.

In addition to the shift to mobile apps, shoppers have become more price-sensitive when it comes to Google Shopping ads, but how price-sensitive are they and how can some of the retailers selling more pricy items win over consumers, especially as the holidays approach, asks a recent study.

The latest study from Bid Skillet, which can analyze prices across multiple brands running product listing ads on Google Shopping, confirms that a 30% lower price drives 32% better conversion rates. It makes sense that less expensive products compared with the competition saw a much better conversion rate, while products that were more expensive had the opposite effect.

Bid Skillet suggests finding the 10% of products that have an opportunity to be competitive and turn them into "primary revenue generators."