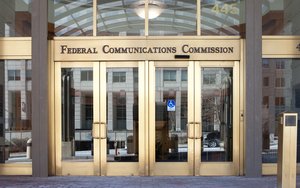 The Federal Communications Commission's revised proposal for privacy rules is "counterproductive" and would hinder broadband providers' ability "to succeed in the developing marketplace" of online advertising, six major ad organizations say in comments to regulators.

"This proposal would upend the established and thriving Internet economy, which relies on the support of data-driven advertising," the American Association of Advertising Agencies, American Advertising Federation, Association of National Advertisers, Direct Marketing Association, Interactive Advertising Bureau, and Network Advertising Initiative say in comments filed Monday with the FCC.

"There is no record of consumer harm to justify treating web viewing and application use history as sensitive or for it to be subject to opt-in consent," the groups add.

The FCC's privacy rules would apply to Internet service providers like Time Warner and Comcast, but not to search engines, social networking services or other providers of so-called "edge" services.

The ad groups also say the FCC should give the public a "meaningful opportunity" to weigh in on the new proposal before moving forward.

"The Commission has not released the text of the new approach for public review and comment," the groups argue. "This process is insufficient in light of the significant impact and unprecedented nature of the proposed approach to regulating online data."