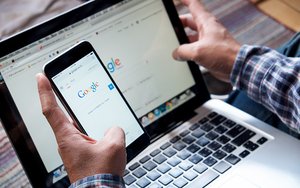 Google's shift toward mobile-first indexing, which the company hinted at last year, will finally come to fruition.

The search engine historically crawled sites and pages across the Web and then determined the relationship between the content and mobile devices before ranking pages based on the desktop version, according to one report.

The index took more than a year to create.

Jennifer Slegg, founder of The SEM Post, reported on March 5, 2015 that Google would create a mobile-only version of the search index.

In a separate announcement related to indexing content that serves up on desktop and mobile devices, Google said it will add a Fact Check tag to articles it indexes that points readers toward articles validating or discrediting claims. The engine already flags content with tags such as In-Depth, Highly Cited, Local Source, and Opinion.

Readers will see tagged articles in the expanded story box on news.google.com and in Google News & Weather on devices running the iOS and the Android operating system beginning in the U.S. and the UK, Richard Gingras, the head of Google News, explains in a blog post.

Google News determines whether an article might contain items that need fact-checking, in part, by looking for the schema.org ClaimReview markup.

Publishers will need to determine whether to tag the article for fact-check consideration based on certain criteria. For example, Google says the analysis must remain transparent about sources and methods, with citations and references to primary sources.

Readers need to easily identify discrete claims and checks in the body of fact-check articles, so they can understand what facts are checked and identify the conclusions that are reached.