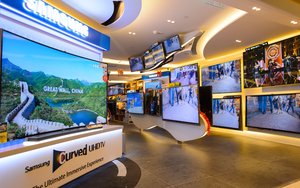 A billion here, a billion there. The number of Internet-connected devices continues to climb.

While there will be many billions of sensors of all types installed around the world, there also is a lot of activity around home applications.

Within three years, there will be more than 2 billion fixed consumer entertainment devices, according to a report on IoT-connected consumers by IDC for Telus International.

There are about 35 million U.S. households with some kind of multimedia home networking applications, according to IDC.

The highest current uses of home networking applications are wirelessly connecting to the Internet, streaming TV shows, movies or other video form the Internet to a TV and sharing a printer among computers.

However, the is plenty of consumer interest in doing other things beyond entertainment. Here, in order, are the home automation and control applications that consumers are highly interested in, according to the report:

Of fixed entertainment devices in the home, the smart television takes the top spot, by a lot, for the next three years.

Many consumers already are streaming content through those their smart TVs, with more to come.

The trend to watch is whether the TV, the smartphone or an independent device becomes the hub or central control point for connected devices in the home. And that will take some serious time to determine.