LiveStream Floats The Next Big Thing 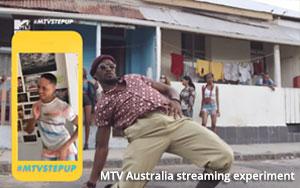 Since Watergate, just about every scandal that’s come down the pike has a “gate” suffix attached, even the NFL’s Deflategate and New Jersey Gov. Chris Christie’s Bridgegate.

With a far more positive spin, something like that happened with television’s upfronts, which spawned online’s NewFronts and now Tuesday’s LiveFronts, a showcase for the latest streaming infatuation -- live streaming.

This one is sponsored by Al Roker Media, the new company formed by the weatherman/media personality, in conjunction with Brave Ventures, a strategic advisory firm.

It happens all day Tuesday in New York at the Kimpton Hotel Eventi on Sixth Avenue and will feature speakers from sports media outlets, experts like Allison Stern from Tubular Labs and Eric Korsch from Mashable, and broadcast network digital execs.

While the other “fronts” really do seem like pre-sales event for a coordinated buying season, LiveFronts appears to be more of a flat out introduction of streaming and its possibilities.

In line with that, Viacom today is announcing that its brand new Viacom Labs has created what it calls a “breakthrough television format” that lets fans push livestream videos to a TV show, where they’re curated and then streamed on air in near to real-time.

Viacom Labs worked on the idea with MTV Australia. Viewers were asked to live stream themselves dancing. Viacom Labs could download them from most platforms with the inclusion of a hashtag, letting a producer view many dancers simultaneously.

“The result was an unprecedented storytelling format that makes linear television more kinetic and interactive than ever as viewers saw the fan dancing on the screen in a box superimposed on the show screen,” according to a Viacom press release. This successful experiment five months ago using this idea idea is going to be expanded into an MTV show in Australia next year.
Susan Claxton and Kiel Berry, co-heads and SVPs  of Viacom Labs will be at the LiveFronts event to flesh it out.

That actual experiment seems modest to me, but it has enough to cause some excitement about what it portends. Although it’s possible the local TV horse has been beaten to death by this point, it seemed to me that stations always loved the idea of “local” — as long as it is as near to free as possible.

And, skipping TV altogether, live local streaming, seems possible and monetizable, too: Let the viewers create the content on the spot. Just pick and choose.

Another live stream Roker Media is involved with is “Joy Story,” a kind of happy-news report that shows up every Thursday. Coming soon is something called  “Fashion Bomb Live,” which, assuredly, is more about fashion and lifestyle that ordnance.

A little while ago, it announced it will co-produce the “Never Settle Show” fronted by media personality and “Today” show contributor Mario Armstrong, who is going to attempt a live, weekly talk show in which viewers will be able to choose the guests and ask the questions.

When I talked to him a month or so ago, Armstrong said he expected each show would last 40 minutes or so, funded by product integrations.

It seems pie-in-the-sky. But in the digital realm, what seems wildly ambitious actually might be far-sighted. That’s what all of the front shows try to sell.