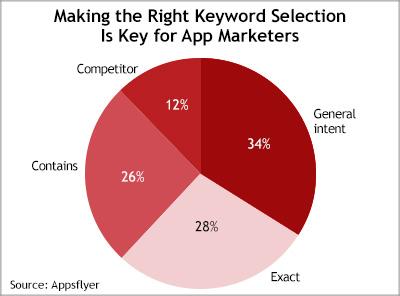 Preliminary findings from analysis done by an Israeli company suggest Apple might have hit the jackpot when it comes to improving download and retention rates among consumers visiting its app store.

Apple launched Search Ads for its app store in October and performance looks good, Shani Rosenfelder, content marketing lead at AppsFlyer, told Search Marketing Daily. "We saw a slightly higher retention from downloads during the first day and first week," he said. "If you look at 30 days in, the retention is a little lower than some of the other networks, but overall the data tells us that Apple can compete with the best of the networks."

AppsFlyer analyzed about at 40,000 keywords, 100,000 Apple Search Ads installs, more than 50 apps running Apple Search Ads in the U.S. between Oct. 5 and Oct. 25, 2016, since the launch of Apple Search Ads. During this time the number of paid installs nearly doubled and advertisers spent more to accomplish the task.

Retention looks at the number of users who installed an app and then how many opened it one day and seven days after the install. That number provides the retention rate.

"Looking at media sources and compare the ratio or an install and consequent in-app actions," Rosenfelder said. "For every install that Apple Search Ads delivers, advertisers received about six in-app actions that followed, which is high."

AppsFlyer also looked at the length of the queries and how people searched. The average number of words per search query in the App Store was 2.4. The results revealed that seventy-two percent of search queries resulting in an install were not based on the name of the app.

Hypothetically, a consumer searching for the Macy's app downloaded instead the app from Bloomingdales. Some 12% were competitor keywords, 26% contain the name, 28% were exact matches, and 34% were general intent.