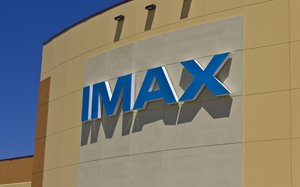 Interactive virtual reality is getting another financial boost.

A $50 million fund is being set up to finance the creation of at least 25 interactive content experiences over the next three years.

The fund, by IMAX, Creative Artists Agency (CAA), Acer and others, will be used to aid the creation of higher quality VR content that can be used across all platforms, including IMAX VR centers, according to IMAX.

The group will be targeting event-style production with Hollywood studies and filmmakers along with gaming publishers and other developers.

Other investors in the fund include IMAX China, China Media Capital, Enlight Media, the Raine Group and Studio City.

Not be left out, the ad agency world is included with WPP also as an investor.

"We will be leveraging our collective relationships with world-class filmmakers and content creators to fund VR experiences that excite and attract a larger user base to capitalize on opportunities across all VR platforms including IMAX VR,” said IMAX CEO Richard Gelfond.

IMAX is hardly alone getting in on the VR action.

In 2021, there will be close to 60 million smartphone VR headsets shipped, an increase of about 240% from about 17 million this year, according to a recent study by Juniper Research.

IMAX may also be on to something here. While gaming still leads other VR uses, cinematic content is significant.

While fewer than half (47%) of VR industry professionals are working on games, almost as many (42%) are developing cinematic content, according to a recent study by Greenlight Insights.

More consumers also will be learning about virtual reality from the marketing blitz expected to hit holiday shoppers.

Sony alone is projected to sell millions of its new VR units before the end of this year.

The IMAX content may arrive just in time, as millions of consumers new to virtual reality start to seek new and additional content.

And that new content from IMAX is likely to be quite good, since IMAX plans to utilize the cinema-grade VR camera it’s developing with Google for several of the projects.

And then there’s that $50 million behind it.