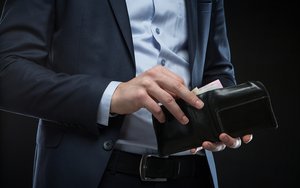 Men will outspend women by nearly 70% on Black Friday and/or Cyber Monday according to a new study from Mindshare.

Men will spend an average $417 during the two big pre-holiday spending periods when marketers entice consumers with major sales events. The study found that women anticipate that they’ll spend an average of $247—nearly 69% less, according to the Mindshare research.

While women seem to be the favored target for advertisers during this shopping weekend, these findings illustrate that both genders are hitting the aisles (and keypads). Men are nearly twice as likely as women to camp outside of stores before they open on Black Friday (56% Vs. 29%), post deals on social media (53% vs. 28%) and share their actual purchases afterwards on social media (52% vs. 28%).

Men feel they get better deals by hitting the stores in person. Seven in 10 (70%) men compared to 51% of women expect in-store deals to be better than online deals.

The majority of both men and women shoppers (55%) want companies to offer discounts on a wider array of products during Black Friday. Shoppers also want retailers to upgrade the in-store experience, with 50% seeking a way to check if an item is in store before they get there, 47% want longer store hours, 40% want better product placement and signage, and 38% want contests, promotions or sweepstakes.

“There’s no one silver media bullet for reaching those groups—but ultimately, you start by grounding your commerce strategies in audience data and insights and building off of that," says Joe Migliozzi, Managing Director, Global Head of Shop+ for Mindshare. "The right media plan will leverage those not just from the start, but with adaptive strategies throughout the holidays.”