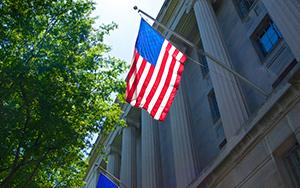 Interpublic Group confirmed today that one of its ad agencies, which the company did not identify, has been contacted by the Department of Justice concerning an investigation it is conducting about possible bid-rigging and other practices by agencies that produce commercials for their clients.

Word of the investigation, first disclosed by The Wall Street Journal, broke on Tuesday.

“We can confirm that one of our standalone domestic agencies has been contacted by the Department of Justice Antitrust Division for documents regarding video production practices and is cooperating with the government,” IPG stated.

The holding company added: “The policies in our company's Code of Conduct require that we do business in a manner that is fully consistent with the best interests of our clients -- in the case of production, that means requiring triple bids on all projects above a minimal dollar threshold.

"IPG has established a long-standing record of holding ourselves to the highest standards of ethics and transparency and we expect all of our employees to act in accordance with our policies.”

The agency requests the "competing" bid, knowing in advance that it will submit a lower price and end up with the production contract.

The client will be under the impression that there was a fair and transparent competitive bidding process, although in many cases, the independent shop is pressured to inflate its rates so that the agency can easily submit a lower and winning bid.

The practice is a form of bid rigging, which violates antitrust laws.

The ACIE — the trade group for independent post-production houses — has been complaining for years about the ad industry practice of check bids and other alleged unfair practices utilized by Adland in the course of its commercial production efforts.

Two years ago, the organization went public with complaints about check bids, urging advertisers to strongly consider the issue and whether they were getting the most for their money with a commercial production contract signed with one of their agencies.