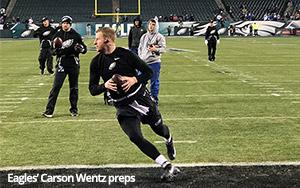 TV networks had a solid advertising fall -- all due to big upfront advertising deals made in the summer.

Five broadcast networks were a collective 4% higher in national TV advertising, pulling in $7.06 billion across all dayparts from September 19 through December 22, according to estimates from iSpot.tv. The total was $6.79 billion for the same time period a year ago.

NBC pulled in $2.01 billion, up 9% from the $1.843 billion over the same time period a year ago. The network had five games from big TV series “Thursday Night Football.”

CBS was next at $1.99 billion, virtually even with the $2.01 billion it scored a year ago. CBS gave up a few “Thursday Night Football” games -- now sharing the series with NBC.

Three broadcast networks -- NBC, CBS, and Fox -- pulled in around 40% of total national TV advertising revenues from NFL programming. The first half of the NFL season witnessed some viewership declines, but are now recovering slowly.

TV news channels did well, given the strong political TV advertising season. Fox News Channel virtually tripled its results from a year ago --  $315.5 million against $91.8 million. CNN also did well with $220.9 million versus $81.5 million, while MSNBC was at $59.5 million against $34.2 million.