Samsung Has Biggest CES Buzz (Not All Of It Good) 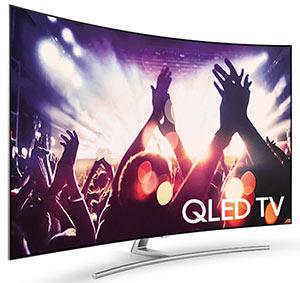 Samsung is the brand most associated with this year's Consumer Electronics Show (CES), according to report by Amobee that tracks over 600,000 sites on mobile, video, Web and social media.

Some 38% of all CES 2017 digital content engagement between December 3, 2016 and January 3, 2017 mentions Samsung thanks to its lineup of new products, including a four-in-one laundry system, a robot vacuum cleaner with Alexa voice controls, Windows 10 tablets, and QLED 4K HDR TV. However, not all of this chatter is necessarily positive, says Amobee. Twelve percent of all of Samsung mentions have involved the Galaxy Note 7, illustrating that people have not forgotten about the exploding phones and widely reported product recall.

Apple comes in second, with 25% of all CES 2017 digital content engagement despite the fact that Apple doesn’t present at CES. LG and Amazon come in third and fourth place, respectively.

While emerging technology typically captures the buzz and imagination of the media and audience, it’s the more mature and accessible product categories that are receiving early online attention. One-third of all CES 2017 conversations have brought up phones, 23% discussed TVs, 19% mentioned laptops, 12% talked about tablets, 13% chatted about virtual reality, 10% talked about drones, and 9% discussed smart homes. Just 4% of all CES 2017 digital content engagement mentions the Internet of Things (IoT).

"A couple of years ago at CES, Internet of Things was the it buzzword, but the marketplace has matured to the point that we're talking more about specific applications and products utilizing IoT as opposed to selling the audience on IoT as a general concept," says Jonathan Cohen, principal brand analyst, Amobee. "The emergence of Amazon as a major brand player at the tech convention speaks to the success of Alexa at a consumer level and the thirst for interconnectivity regarding home tech. Brands that are able to successfully demonstrate how their products utilize IoT technology to make their lives easier are going to emerge as the big winners of CES this year."

Cars are also another popular discussion topic, representing 20% of all digital content engagement.

Rounding out the top-10  brands (respectively)  most associated with CES 2017 per the report are Nvidia, Qualcomm, Intel, Sony, Lenovo and HTC.