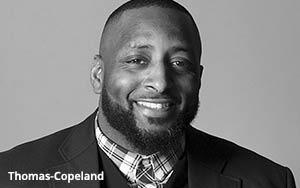 Rick Doerr had previously run the New York office as managing director, but left the agency in November.

The shift comes just about a month after the agency appointed Marco Scognamiglio to the post of global CEO — after a stint as acting CEO following the departure in May of Alexei Orlov.

The new appointment is a sign he is already starting to put his leadership stamp on the agency.

Thomas-Copeland takes on the new role after serving at RAPP’s London office, where he was SVP, Global Chief Client Officer. A member of the Global Leadership Team, Thomas-Copeland was responsible for all of RAPP Worldwide’s global and multinational client engagements and new business strategy.

Scognamiglio commented that Thomas-Copeland “has fostered fantastic relationships with our global clients and done tremendous things for our international expansion and new business efforts in 2016. I look forward to his bringing the same energy and growth to our New York office.”

Prior to joining RAPP Worldwide in 2015, Thomas-Copeland held Managing Director and CEO positions for Wunderman in EMEA. He has worked with brands such as T-Mobile, Nokia and Microsoft.