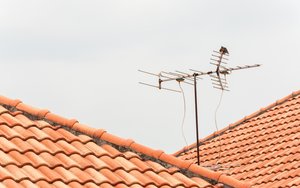 Broadband-only homes are increasingly using digital and other antennas to receive TV.

In the third quarter of 2016, Parks Associates says 15% of those homes use antennas for TV reception. This percentage has been steadily rising since the second quarter 2013, when it was under 9% of those broadband-only homes.

Parks said that last year, twice as many subscribers downgraded their pay-TV service versus the number who upgraded it -- 12% versus 6%. In addition, one-half as many “cord nevers” eventually signed up for pay TV services in 2016 (2%) as in 2015 (4%).

Traditional linear pay-TV subscriptions have also dropped each year since 2014, and are now at 81% of U.S. broadband households as of the third quarter of 2016.

Declines in traditional pay TV service, according to Parks, are attributable to growth in the OTT video market, increasing costs for pay-TV services, and consumer awareness of available online alternatives.