And Now A Message To President Trump, From Women Around The World 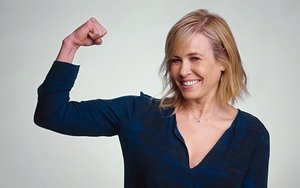 The two women reached out to Gathering For Justice, organizers of the Women's March taking place worldwide on Saturday January 21, and mobilized a collective from the creative community to introduce a series of PSAs to encourage as many women as possible to participate in the events.

One spot addresses the issues driving the movement and ends with a call to action to join and check out a Web site for details of the march.

Marches are happening in over 370 locations worldwide.

"Every woman has their own passionate reason for wanting to march, and these powerful voices need to be heard to unify the women of the nation and beyond," the organizers said in a statement. "The videos capture all the different reasons that collectively create this incredible movement."

The ad-marketing pros involved donated their time. All creative -- by mcgarrybowen -- and all involved in the production was pro bono work. The media placements are all donated, appearing on network and cable, in addition to digital and social.

Herd and Besch, who have worked together closely for several years as agency-client partners, added: "We want the world to know that this is a march for women and human rights.  It is not a political statement against any one candidate, but a powerful awareness campaign of all of the reasons that women are moved to march."

activism, ad campaign, call to action, cause-related, women
1 comment about "And Now A Message To President Trump, From Women Around The World".
Check to receive email when comments are posted.
Next story loading