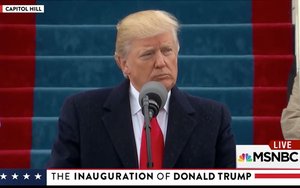 Donald Trump’s inauguration was watched by an estimated 30.6 million American TV viewers, ranking it fifth in Inauguration Day ratings, according to estimates released Saturday by Nielsen.

Nielsen said the estimate was based on the sum of the average audience for 12 networks' measures during common coverage of the inauguration on Friday.

The ratings are not directly comparable, because there were more networks available for viewing live coverage in recent years, but also more competition from alternative electronic media outlets, especially the Internet. 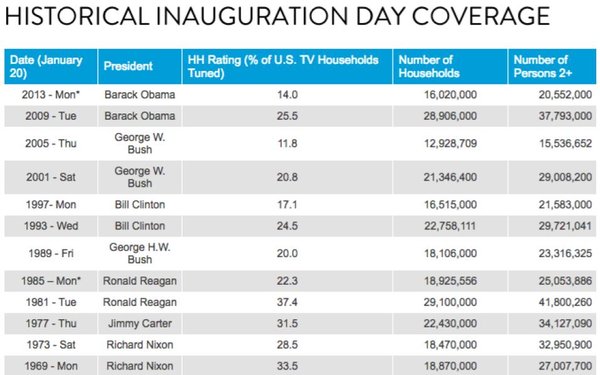