To Break Shame Of Addiction, Advocates Urge You To 'LISTEN' 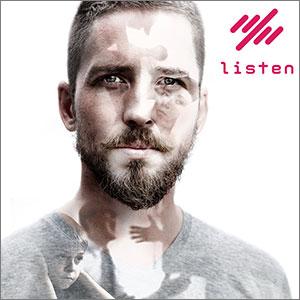 Last fall, a Viacom employee with two children battling addiction in rehab, approached his company about helping families like his nationwide struggling with this epidemic.

After revealing that 76% of its staff know someone who has received treatment and/or is in recovery from addiction, Viacom is partnering with The Ad Council, the nonprofit group Facing Addiction and Velocity, to launch the LISTEN campaign.

It is a comprehensive call to attention about addiction and its impact on loved ones.

The key element of the campaign is a resource site that raises awareness for the issues and offers celebratory stories of success.

A PSA prompts people to seek help with their various drug issues, reinforcing that asking for assistance is the first step in recovery.

The message directs them to the HereToListen portal.

The platform is backed with in-house research conducted by Facing Addiction and Viacom. For instance, two in three people believe the public’s perception of addiction has stayed the same or gotten worse over the last five years.

Some 81% say they are more likely to help someone if they had more information on what they could do.

These findings underline specific site goals that align with the campaign's resources.

Since its launch on Feb. 1, the resource hub has received 150,273 views and 182,654 page views. More than 32.7 million people have used the #HereToListen hashtag across Facebook, Twitter, YouTube and Instagram. The PSA has garnered 1.1 million impressions across an array of Viacom channels.

Viacom has a long history of building advocacy campaigns around the interests and passions of their employees.

Through the annual Viacommunity Day, in which employees around the world spend a day volunteering, employees have the opportunity to work with nonprofits or foundations they are most passionate about. Other projects include after-school youth programs and local park clean-ups, many of which are proposed by Viacom employees.

Viacom's work on the project is pro bono.