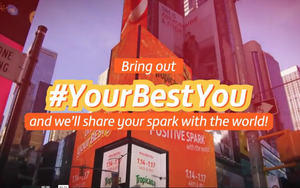 Brandzooka, the automated media-planning and buying platform backed by Madison Avenue renegade Alex Bogusky, closed a second round of funding.

It is on track for a “series A” round later this year that will help accelerate its growth. But it’s already on its way.

While many of those customers are smaller long-tail players, it has already attracted business from some of the ad industry’s biggest, including the Tropicana brand and its agency, Dentsu Aegis experiential unit MKTG.

While big brands are discovering the power and simplicity of Brandzooka to mount digital video advertising campaigns, Founder-CEO Aquiles La Grave says it has also attracted a fervent base of the longest-tail brands as users.

“We were recently reviewed by a 13-year-old kid who was telling his friends to use their allowance money to use Brandzooka to promote their YouTube channels,” La Grave explains, adding, “It works for brands of any size.”

La Grave says the growth of its customer base is a testament to the quality of the platform itself, because it effectively practices what it preaches, utilizing efficient programmatic media-buying markets to promote itself to new customers.

Of the 6,000 that have signed up to utilize the platform to date, La Grave estimates that about half are actively utilizing it to create video campaigns and distribute them to audiences via programmatic media-buying markets. 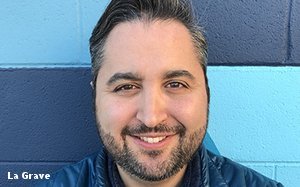 In effect, Brandzooka has pulled off what predecessors, such as now defunct SpotRunner, Google TV Ads and Microsoft’s Navic, tried but failed to achieve: a long-tail marketplace enabling the smallest advertisers in the world to compete with Madison Avenue’s biggest.

While Brandzooka doesn’t utilize TV inventory -- yet -- it accomplishes the same goals by giving customers video ad creation tools and enabling them to acquire and scale digital video audiences that meet their budget goals.

“It’s easy enough for a 13-year-old, but sophisticated enough for a Tropicana,” La Grave quips. He adds it fulfills a vision he and Bogusky developed of completely “automating the media buyer, which is the last piece of the human remnants of the deployment of media online.”

He claims Brandzooka’s self-serve interface is capable of taking “95% of the decisions a media buyer makes” -- elements audience targets, frequency caps, sources of inventory, sources of DMP data, etc. -- and “fully automate it within a Brandzooka campaign.

“The only thing a customer has to answer are: Who do you want to reach, what are they interested in, where are they, and what do you want to talk to them about,” he explains, adding, “If you can answer those questions, it is literally enough to create a campaign with our platform.”

Tropicana - Your Best You from Brandzooka on Vimeo.