P&G Encourages Everyone To 'See Equal' 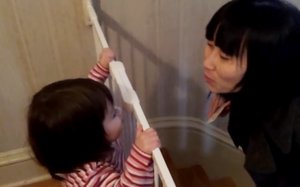 Having already created campaigns to promote women’s equality and change people’s perceptions about gender stereotyping (such as Always’ “Like a Girl” campaign) Procter & Gamble is heading into Women’s History Month with a moving digital campaign.

In honor of Women's History Month (and International Women's Day next week), the company is releasing a video intended to change the perception of gender roles in society. Set to a soundtrack of 4-Non-Blondes’ “What’s Going On,” the video begins with a man and his daughter in a crib, followed by the phrase “Hugs don’t care who gives them.” The scene cuts to a girl working in a classroom and the text: “Equations don’t care who solve them.” Other scenes include service members returning home to their children (“Tears don’t care who cry them”), moms returning home from a long day at work (“Households don’t care who head them.”) and scenes from P&G brand commercials depicting women empowerment (such as Always’ “Like a Girl” and a Secret ad in which a woman psychs herself up to ask for equal pay).

“Our brands have a very powerful voice with the messages in our advertising,” P&G representative Tressie Rose tells Marketing Daily. “This year, it made a lot of sense [to communicate] our aspirations where men and women, mothers and fathers and their children all share the same goals.”

The effort utilizes the hashtag #WeSeeEqual to convey the overall message promoting equality and acceptance. “‘We See Equal’ is about a world where men and women share the same challenges and reach the same goals,” Rose says.

Advertising touting female empowerment and gender equality have become more in vogue recently, with companies like GE advertising its commitment to hire more women in technical positions and Audi addressing pay equality in a Super Bowl spot. Rose notes that P&G has been in the game a long time.

“If you think about our brands, many are designed and markets to women. We do a lot of consumer research. This allows us access to a lot of insights both for our products and our consumers,” she says. “As the world’s largest advertiser, we have the ability to create a conversation and a dialogue.”

The video will run on P&G social channels and some of the company’s partner networks, although it could move to more traditional media outlets as well, Rose says.

cause-related, cpg, women
1 comment about "P&G Encourages Everyone To 'See Equal'".
Check to receive email when comments are posted.
Next story loading