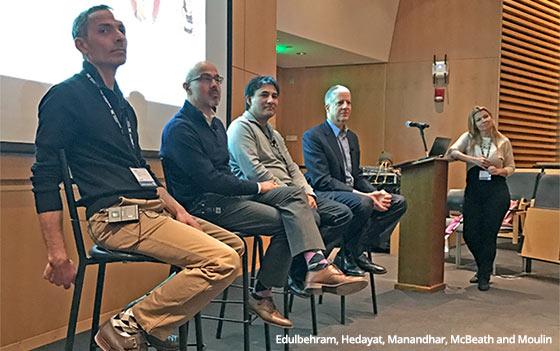 The Internet of Things will impact retail in countless ways and some of them are starting to be seen.

There are smart dressing rooms, in-aisle automatic payments, beacons and all types of customer tracking technologies, such as connected lights that can pinpoint a smartphone location to within inches.

Some of the leaders of companies behind such innovations presented their strategies Monday, at a conference that dealt with all sides of the Internet of Things.

The usual industrial-focused applications, such as what GE is doing with jet engines, were discussed, along with some that were much more consumer-facing.

One of the most interesting discussions at the Connected Things 2017 conference held by the MIT Enterprise Forum of Cambridge held at the MIT Media Lab on Monday focused on retail.

During a panel discussion ‘Connected Retail: Running the Store with IoT,’ Jumbi Edulbehram, regional president, Americas, of Oncam, showed how the company’s 360-degree technology is used in stores so that multiple users can simultaneously look at different parts of the image, which captures video of very large parts of a store from one device.

The camera can be used for tracking, analyzing how long lines are, heat mapping and counting people in different parts of a store.

Another technology for in-store tracking was shown by Kaynam Hedayat, vice president of product management and marketing at Digital Lumens. The connected lighting can track store assets as well as lead shoppers to what they are looking for.

One of the most interesting involved video displays now installed in 2,500 Budweiser beer cooler doors. 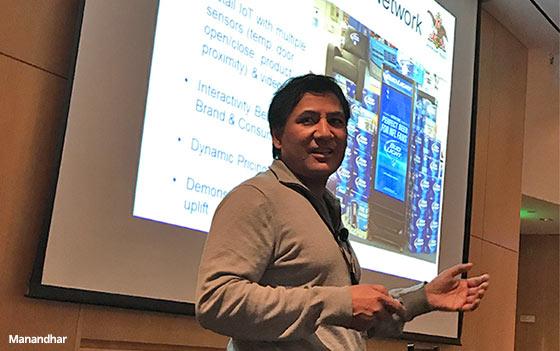 The displays include multiple IoT sensors, so they can measure temperature, door opening or closing and product proximity, said Sanjay Manandhar, founder and president of Aerva.

He said that the door also can control dynamic pricing, since the messaging is all centrally controlled by Anheuser-Busch in St. Louis. Aerva, founded more than 10 years ago by MIT alum, essentially provides the IoT platform for the data collection and screen messaging.

Rather than the traditional clear door of beer coolers, the Budweiser doors become screens that display branded videos, graphics and animations customized for each region.  Anheuser-Busch effectively created its own digital cooler network, giving it control of in-store experiences of shoppers near the coolers.

These types of IoT innovations are popping up all over the retail landscape, setting the stage for new customer interactions.