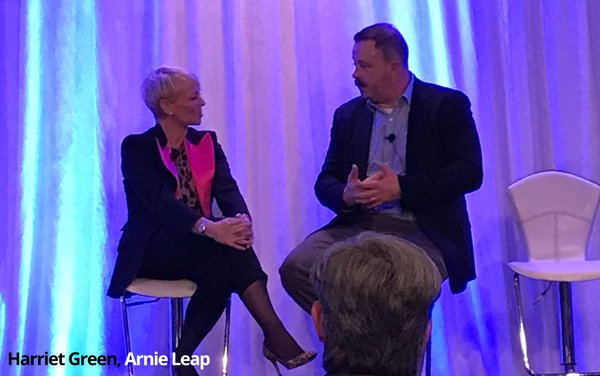 The Internet of Things ultimately is about engagement.

The whole point of connecting billions and billions of things to the Internet is to make life easier if not better, dramatically increase efficiencies and, in the end, create better customer engagement models.

After since it gained fame by winning at Jeopardy, IBM’s Watson has been on an extensive learning curve, essentially working to figure out ways to improve customer engagements for brands.

In the case of the Harry and David brand of 1-800-Flowers, finding the correct gift was the target objective, which led to the creation of a Watson-powered gift concierge that sorts through 7,000 products to find the most appropriate gift.

“As a gift-giving company, we like to engage, to connect,” said Arnie Leap, CIO of 1-800-Flowers.com.

The focus of the three-day event was cognitive and artificial intelligence for customer engagement.

“Cognitive means I have to lean more to the emotional side and the connection piece,” said Leap. “It’s technical in a lot of ways and we sometimes get in the weeds on that. How do we personally connect? It’s that connection point that matters.”

Leap told me that the gift selection process has been dramatically improved, most notably by providing many fewer, but better, recommendations for customers.

IBM tends to view Watson as a critical element of its Internet of Things strategy.

“In essence, pretty much everything has become connected, whether it’s a contact lens or a hospital bed, so there is a huge data steam,” said Harriet Green, IBM general manager, Watson Internet of Things. “It’s just connecting people to things and things to people. I don’t think we would have an Internet of Things business without Watson.”