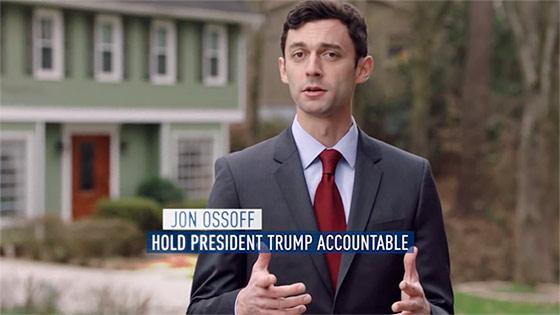 The Georgia 6th has a two-round election process, whereby an open primary pits all candidates -- regardless of party -- against one another. If any candidate secures over 50% of the vote, he or she wins outright. If no candidate receives a majority, the top two candidates face each other in a runoff.

Consensus Democratic candidate Jon Ossoff had appeared strong in polling, getting close to the 50% mark, before Republican super PACs and the National Republican Congressional Committee (NRCC) descended on the district with multimillion-dollar ad buys.

So far, Ossoff has raised an unexpected $4 million in support of his campaign.

Starting in early March, the Congressional Leadership Fund (CLF), a GOP Super PAC close to House Speaker Paul Ryan, dumped $2.2 million into the race in a local TV buy. The ad buy appears to have had a positive impact in terms of damaging Ossoff’s early lead.

"In just one week, Ossoff has stalled on the ballot, and most importantly, he is now underwater with more voters viewing him unfavorably (38% favorable, 47% unfavorable). This is a large swing from last week,when he was +17 (43% favorable, 26% unfavorable)," according to reporting by The Washington Examiner, having obtained a memo written by GOP pollster Greg Strimple.

The NRCC has said it will spend at least $1.1 million in the Georgia 6th over the next two weeks. It’s first ad takes aim at “liberal politicians” and asks voters to “help defend our values.”

With the CLF ad buy appearing to have made a powerful impact on the race, Republicans are trying in earnest to block the 30-year-old Ossoff from capturing Tom Price’s former seat.

There are around a dozen GOP candidates vying for the Congressional seat — and there has been damaging infighting. Conservative group Club for Growth has spent $250,000 on local TV attacking Republican Karen Handel, second behind Ossoff in polling.

The Republican task is difficult; the crowded GOP field suggests a lack of consensus. Plus, the recently failed attempt to repeal the Affordable Care Act imposes additional downward pressure on GOP candidates.